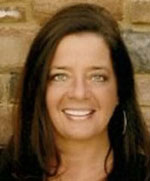 What have you liked best about Salon 360 for your salons?
It has enabled them to become more polished and well rounded in all areas of Salon 360. On a daily basis they are able to focus on any area that they are weak in.

What new feature (if any) would you like to see tracked?
None

Where has Salon 360 had the most impact in your market ?
Vips and being able to keep track of them. It has definitely promoted great competition.